Remember the Avis Rent-a-Car commercials from the 1960s? Maybe not. Anyhow, they tripled the company’s market share with the slogan, “Avis Is Only No. 2, We Try Harder.” The Belgian right-to-die lobby seems to have the same can-do attitude. 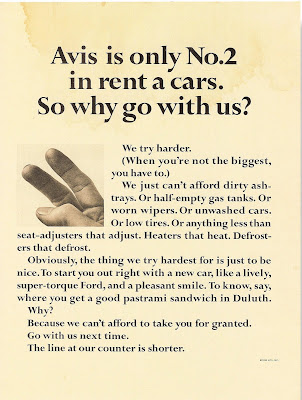 Remember the Avis Rent-a-Car commercials from the 1960s? Maybe not. Anyhow, they tripled the company’s market share with the slogan, “Avis Is Only No. 2, We Try Harder.” The Belgian right-to-die lobby seems to have the same can-do attitude. In the journal Health Policy, researchers associated with the End-of-Life Care Research Group at Ghent University and the Vrije Universiteit Brussels have lamented the low take-up of the services of doctors specialising in facilitating euthanasia.

A group called the Life End Information Forum (LEIF) was formed in 2002 in Belgium as soon as euthanasia was legalised. Since the new law required a second, confirming opinion if someone requested euthanasia, there was a need for experienced doctors. “Consulting a LEIF physician contributes to the careful practice of euthanasia,” say the researchers. Disappointingly only 35% of those who had received a euthanasia request since LEIF became active had made use of LEIF.

They recommend that the government and medical associations actively promote LEIF, that the LEIF specialists be paid for consultations, and that LEIF promote its services “as widely as possible”.

Although LEIF has been “relatively successful”, it seems apparent that the Belgian researchers were a wee bit dejected by the contrast with a very active end-of-life consultation service in the neighbouring Netherlands. There, nearly two-thirds of euthanasia requests involve SCEN, a consultation service was set up by the Royal Dutch Medical Association and the Association of General Practitioners. SCEN’s doctors receive standard financial compensation from the patient’s insurance company after writing a consultation. The Belgian researchers note that the Dutch have had nearly 40 years of experience with euthanasia (even though it was legalised only 10 years ago). But if Dutch doctors are #1 in euthanasia, Belgian doctors are going to try harder!