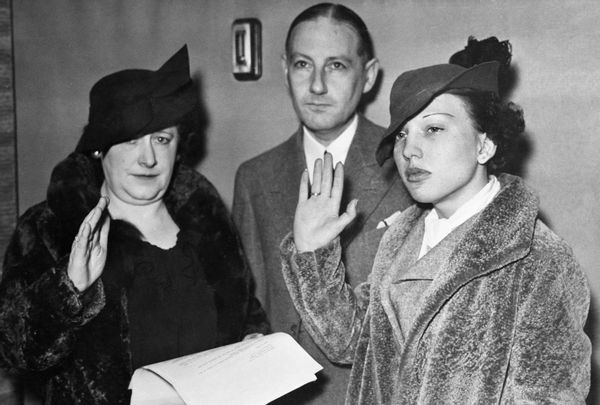 Pining for the good old days, a golden era of social and moral certainties, is at best a mistake, at worst, folly. As proof, at least on the topics of sexual morality, autonomy and women’s rights, it’s hard to beat a 1936 lawsuit over the estate of a famous California inventor.

The sad and sordid saga is set out in a recent book, The Unfit Heiress: The Tragic Life and Scandalous Sterilization of Ann Cooper Hewitt, by Audrey Clare Farley.

Ann was the daughter of Peter Cooper Hewitt, a well-connected and wealthy engineer who developed the mercury vapour lamp. She was the child of his affair with Marion Jeanne Andrews, whom he married after the death of his first wife.

His will specified that two-thirds of his estate should go to Ann and one-third to Marion — but Ann's portion would revert to her mother if Ann died childless. He died in 1921.

Marion, now styling herself Mrs Maryon Brugiere-Denning-Hewitt-d’Erlanger-McCarter, with a surname for each of her many husbands, had a brainwave. Shortly before Ann’s 21st birthday, when she would come of age legally, Ann was hospitalised for an appendectomy. Maryon told the doctors that her daughter was “feebleminded” and ordered them to sterilise her at the same time. The doctors complied and Mrs B-D-H-d’E-McC was on her way to inherit all of Hewitt’s fortune.

Ann, however, was not feeble-minded: apparently she could speak other languages and was widely read. She sued her mother and the doctors. The case became a salacious sensation. Maryon declared that her daughter was sexually deviant and a tramp; Ann that her mother was a drunk, a spendthrift and a tramp.

The court believed the mother.

Farley examines why. She argues that the court’s decision reflects a widespread belief in eugenics — as well as racism and patriarchal oppression.

In order to protect the white race from “undesirables,” eugenicists were determined, among other measures, to eliminate the “waste humanity” from their own ranks. Conflating mental, moral and physical defects, they targeted poor, disabled, substance-dependent and sexually transgressive white people perceived to threaten the vitality of the gene pool, either by virtue of their heritable traits or their seeming likelihood to cross the color line.

This seems about right. Eugenics was part of the national wallpaper in the 1920s and 30s. Here is what Margaret Sanger, the founder of Planned Parenthood, wrote in her proposed “baby code” in 1934.

Feeble-minded persons, habitual congenital criminals, those afflicted with inheritable disease, and others found biologically unfit by authorities qualified judge should be sterilized or, in cases of doubt, should be so isolated as to prevent the perpetuation of their afflictions by breeding.

Even Ann’s supporters accepted the need for eugenics. They simply asserted that a rich white girl like her did not deserve to have been sterilised. Involuntary eugenic sterilization of “poor, disabled, and ‘wayward’ individuals” was a way to “reduce the number of unsound people in the population,” writes Farley.

Michael Cook is editor of BioEdge