Let’s scrap the fiction that most patients are dead when their organs are removed and allow doctors to take them from people who are still living. This is the provocative proposal by doctors from Canada and Spain which is creating a stir in bioethics circles. 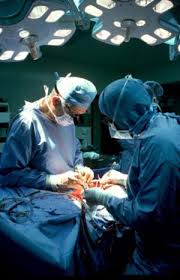 Let’s scrap the fiction that most patients are dead when their organs are removed and allow doctors to take them from people who are still living. This is the provocative proposal by doctors from Canada and Spain which is creating a stir in bioethics circles.

Speaking at the American Society of Bioethics and Humanities annual conference in Minneapolis earlier this month, Dr Neil Lazar, of Toronto General Hospital, Maxwell J. Smith, of the University of Toronto, and David Rodriguez-Arias, of the Basque University, argued that it is more important to know whether the patients are comfortable and “beyond harm” than whether they are alive.

Like conservative critics of organ transplants, they stress the ambiguity determining death no matter which the two criteria for death are used. “Cardiac death” (DCD) could be reversible and “brain death” is not always verifiable. They realise that scrapping the “dead donor rule” (DDR) will seem ghoulish to the public. For this reason, they call for an extensive public education campaign so that people will continue to donate their organs.

Their ideas were published earlier, in the August issue of the American Journal of Bioethics. They wrote:

“Rigorous informed consent, protection from harm, and transparency toward the public could constitute a threefold pillar on which organ procurement of vital organs could operate in an ethically acceptable and socially responsible way.”

However, other doctors disagreed strongly. Mohamed Y. Rady and Joseph L. Verheijde, of Arizona State University, said that abandoning the dead donor rule is impossible unless society legalises physician-assisted suicide. Two doctors from National Taiwan University Hospital observed that “DCD without respecting the DDR will inevitably discourage DCD, and thus will shrink the supply of organs.”

A philosopher, Stephen Napier, of Villanova University thinks that the proposal is illogical: “How could not knowing that the DDR is satisfied entail abandoning it?” Another bioethicist, James Dubois, of St Louis University, suggested that it was unethical to publish a proposal which could damage public confidence in organ donation.

The proposal rattled transplant surgeons. “In the overwhelming majority of cases, the concept of death is easy, obvious and not really subject to any complex interpretation. It’s very clear,” said Dr. Andrew Baker, a surgeon in Ontario, told the National Post. “They’re dead, you can see it, there is no return of anything.”