Reporters for the journal Science have documented a thriving Chinese black market in articles and authorship in reputable scientific journals. 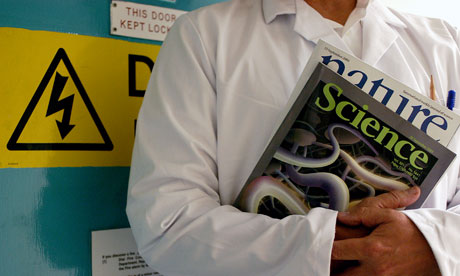 Reporters for the journal Science have documented a thriving Chinese black market in articles and authorship in reputable scientific journals. “People are sparing no expense in order to get published,” says the former vice-president of Peking University Third Hospital.

“The options [says Science] include not just paying for an author’s slot on a paper written by other scientists but also self-plagiarizing by translating a paper already published in Chinese and resubmitting it in English; hiring a ghost-writer to compose a paper from faked or independently gathered data; or simply buying a paper from an online catalogue of manuscripts—often with a guarantee of publication.”

Publish or perish has particular urgency in China. The gold standard is publication in indexed journals in English. “The number of papers a researcher has published in SCI-ranked journals over a 5-year period is often the deciding factor in promotions—and typically only papers on which the candidate is a first author or corresponding author count.”

As a result, shady agencies which act as brokers for data and ghost-writing have mushroomed. Science even found one website with a banner reading, “”IT’S UNBELIEVABLE: YOU CAN PUBLISH SCI PAPERS WITHOUT DOING EXPERIMENTS.”

The president of the National Natural Science Foundation of China, Wei Yang, says in an editorial in Science that this black market is dismaying, but that things are definitely improving. “The development of good science in China should accomplish three goals: to produce original breakthroughs, to advance understanding from discoveries made elsewhere, and to gain global influence. None of this can happen until the scientific enterprise is healthy and credible.”