Did the assassination of Osama bin Laden have an unintended victim: the global campaign to eliminate polio? 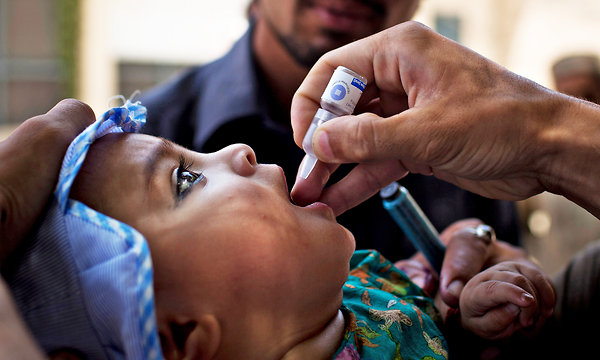 Did the assassination of Osama bin Laden have an unintended victim: the global campaign to eliminate polio? In Pakistan, where polio has never been eradicated, the CIA’s decision to send a vaccination team into the bin Laden compound to gather DNA samples and other information has clearly hurt the nation’s polio drive, a New York Times columnist writes. Last year, the CIA organised a fake vaccination program in Pakistan where it believed bin Laden was hiding, with Dr Shakil Afridi at its head. He was later arrested by Pakistan’s Inter-Services Intelligence agency (ISI) for cooperating with American intelligence agents, and angry villagers subsequently chased off legitimate vaccinators, accusing them of being spies.

Late last month, Taliban commanders in two districts banned polio vaccination teams, and declared that they could not operate until the US stopped its drone strikes. One commander cited Dr Afridi, who is serving a 22-year sentence handed down by a tribal court, as an example of how the CIA could use vaccination campaigns to conceal espionage. Rumours about polio vaccine also abound: that it is a Western plot to sterilise girls, that it contains the AIDS virus, or that it is unclean under Islamic law.

Dr Zulfiqar A Bhutta, of Aga Khan University in Pakistan, denounced the CIA’s tactic: “There could hardly have been a more stupid venture, and there was bound to be a backlash, especially for polio”. He said the CIA and Dr Afridi could be “sued or worse”. However, Dr Elias Durry, the World Health Organisation’s polio coordinator for Pakistan, described the impact on the polio drive as minor. He said: “It was a setback, no doubt… But unless it spreads or is a very longtime affair, the program is not going to be seriously affected.” ~ New York Times, Jul 9