There are few areas in bioethics which require more philosophical subtlety than determining when death happens in organ donation. But an NPR feature this week on the controversial problem of donation after cardiac death has highlighted an area which is even more controversial. 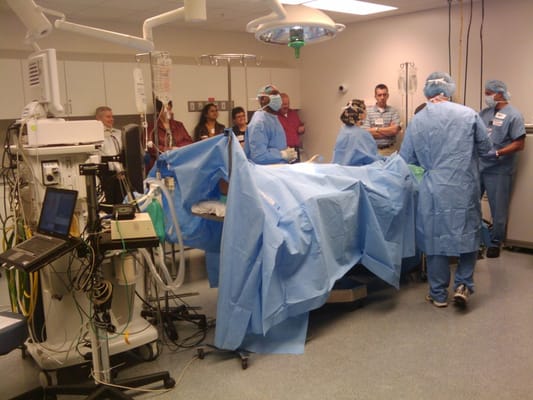 There are few areas in bioethics which require more philosophical subtlety than determining when death happens in organ donation. But an NPR feature this week on the controversial problem of donation after cardiac death has highlighted an area which is even more controversial.

The dead donor rule – the golden rule of transplant surgeons —  is that vital organs may be taken only from patients who are unequivocally dead. Death is determined by the cessation of brain activity (brain death) or by  the irreversible cessation of circulation and respiration (cardiac death).

But what does irreversible mean? Some transplant teams wait 5 whole minutes before removing organs, others 2, other only 75 seconds — even though, in very rare cases, patients have revived after more than 2 minutes.

NPR reports that a University of Michigan protocol stretches donation after cardiac death to the limit.

Before the patient’s heart has stopped beating, they are hooked up to a heart-lung machine. As soon as death is declared, the machine kicks in, ensuring that the organs are still as fresh as possible.

But there are more difficulties here. First, the machine is being used for the recipient’s benefit, not for the donor’s. Second, the donor has been declared dead because his or her blood circulation has stopped forever — and then the blood starts circulating again. Is that death? “When you come in and circulate blood around the body, then suddenly you’ve broken the rules — so that’s a big problem,” says James L. Bernat, a Dartmouth Medical School neurologist.

To get around this problem, doctors at the University of Michigan insert a balloon in the aorta to stop blood from reaching the brain. Only the abdominal organs are perfused with blood.

“You could say, well, they’re almost dead, or they’re close to dead or they’re dead enough. But I don’t know if you could say with absolute certain there’s no function there and no function that could be brought back,” said Stuart J. Youngner, a Case Western Reserve University bioethicist.

Bernat was critical of this approach in a 2008 article in the New England Journal of Medicine. “These investigational protocols test the permissible societal boundaries of donation after circulatory death. To what extent should society permit manipulation of an organ donor or alteration of the determination of human death for the good of organ recipients?’