Informed consent for DNA research under a cloud 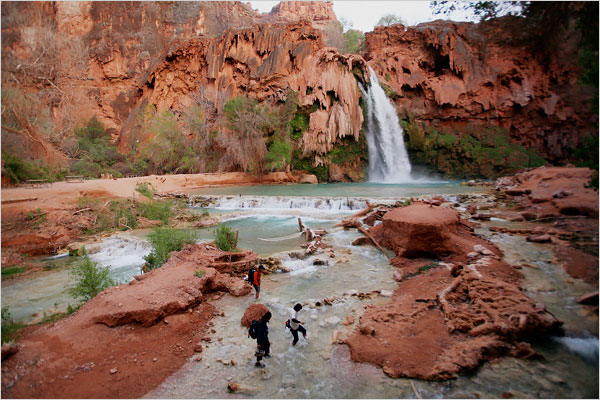 An isolated Indian tribe living in the
Grand Canyon has successfully pressured Arizona State University to return
blood samples which had been used for unauthorised genetic research. “I’m not
against scientific research,” said Carletta Tilousi, 39, a member of the
Havasupai tribal council, told the New York Times. “I just want it to be done
right. They used our blood for all these studies, people got degrees and
grants, and they never asked our permission.” The university has paid
US$700,000 to 41 members of the tribe and has destroyed the samples.

This could be the first time that scientists have been forced to pay
compensation for misusing DNA material. The standard for informed consent for
drug testing and medical procedures is fairly clear, but informed consent for
tissue samples for DNA research is a murky area. In this case, a geneticist, Therese Markow, collected blood samples from about 100 members of
the Havasupai between 1990 and 1994. They believed that her research would help
find a cure for the diabetes which had become a terrible problem for them.
However the consent form said that the samples could be used to “study the
causes of behavioral/medical disorders.”

In 2003 Ms Tilosi, one of the few members
of the 650-member tribe to have attended college, discovered that more than 20
articles had been published using the samples. The members of the tribe were
angry and hurt.

The outcome worries researchers. Will they need to create a massive
databank of permissions for each tissue sample that they collect for genetic
research? If a patient donates blood for research on Alzheimer’s, why can’t it
be used to study a related condition later on? ~ New
York Times, Apr 22