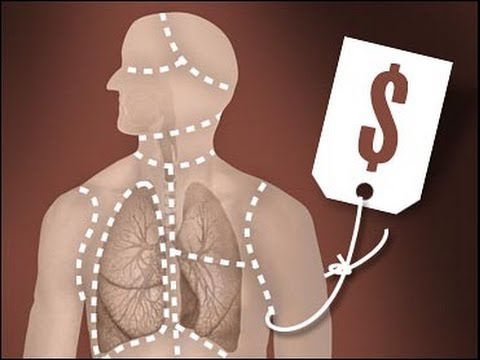 The convention, which was initiated by the Council of Europe, was signed by Albania, Austria, Belgium, the Czech Republic, Greece, Italy, Luxembourg, Norway, Moldova, Poland, Portugal, Spain, Turkey and the United Kingdom. It is open for signature by any state in the world and enters into force when five states have ratified it.

Council of Europe Secretary General Thorbjørn Jagland described organ trafficking as “one of the most exploitative trades on the planet”:

It is hard to put exact figures on it, but we know that organ trading is big money. A young person from Eastern Europe might sell a kidney for 2,500 Euros. In Ukraine we know of cases where recipients have paid up to 200,000 Euros. This is one of the world’s top ten illegal money-making activities generating an estimated US$1.2bn in illegal profits globally every year.

It is believed to fund terrorism too. Just last month the Iraqi Ambassador to the UN asked the Security Council to investigate claims that the self-proclaimed ‘Islamic State’ are harvesting organs in order to bankroll their terror campaign.

Although organ trafficking is already illegal in most countries, there are many loopholes which the convention tries to close.

First, it criminalises organ trading even if there has been no trafficking, as many donors travel for surgery without being coerced. Second, it criminalises cooperation in organ trafficking. “It allows us to bring to justice the whole network of individuals driving the deal,” says Mr Jagland. And third, it provides for protection for the victims of trafficking, who may be both donors or recipients.