The UK government has announced that all National Health Service employees – doctors, nurses, and even hospital managers – could face five years in jail if they are found guilty of poor care. 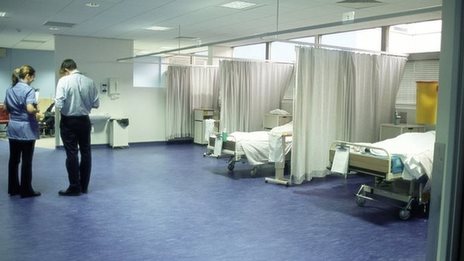 The UK government has announced that all National Health Service employees – doctors, nurses, and even hospital managers – could face five years in jail if they are found guilty of poor care.

The new laws, presented to Parliament by Health Secretary Jeremy Hunt on Monday, are intended to address the worst cases of a “couldn’t care less” attitude that in the past led to “wilful or reckless neglect or mistreatment”.

“Never again will we allow substandard care, cruelty or neglect to go unnoticed,” said Prime Minister David Cameron. “This is not about a hospital worker who makes a mistake, but specific cases where a patient has been neglected or ill-treated. This offence will make clear that neglect is unacceptable and those who do so will feel the full force of the law.”

Other new penalties include fines from hospitals that try to cover up mistakes, and the suspension or striking off of doctors and nurses who hide serious errors. Every patient will also have an allocated nurse or doctor, with names posted above their beds.

The laws are based on expert recommendations following the Mid-Staffordshire NHS trust scandal.

Whilst parliament welcomed the bill, some policy analysts say that the new laws could create a climate of fear in hospitals already regulated by strict legislation. The Royal College of Nursing is concerned that the laws miss the broader issue. RCN general secretary Peter Carter said that “we also need to look at the whole system that surrounds a care failing. Too often, frontline staff are trying to deliver care against a backdrop of intense pressure and woefully inadequate staffing levels”.

There are some provisions in the new legislation to address inadequate staffing levels, with hospitals being required to publish the number of nurses working in each ward.