Some American politicians have discovered how to reconcile punishment and compassion: allow prisoners on death row to donate their organs. 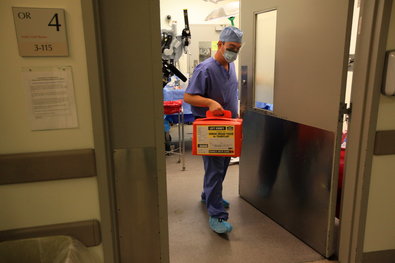 Some American politicians have discovered how to reconcile punishment and compassion: allow prisoners on death row to donate their organs. In Oklahoma Rep. Joe Dorman has suggested that extending someone else’s life by becoming an organ donor is a way for criminals to redeem themselves. “It’s Christian principles that if you can offer someone a chance of redemption, you should offer that opportunity,” he said.

And in Ohio, Governor John Kasich deferred the execution of 40-year-old Ronald Phillips, who killed a 3-year-old 20 years ago, to see if it would be possible for him to donate his vital organs. “I realize this is a bit of uncharted territory for Ohio, but if another life can be saved by his willingness to donate his organs and tissues, then we should allow for that to happen,” he said.

Bioethicists derided the idea as impractical and immoral. Organs need to be fresh and functioning if a transplant is to be successful, but only execution with a bullet in the brain or the guillotine can guarantee this. Neither are likely to be used in the US. The prison would also have to build facilities to keep the prisoner-donor on life support until he (or she) is executed. ” Are we ever capable of laying a stupid idea to rest in America?” asked bioethicist Art Caplan. “Apparently not.”

As for the ethics, the American Medical Association does not condone doctor participation in executions in any capacity, much less organ transplants. And it would clearly be unethical for surgeons to remove vital organs from an otherwise healthy person. “It’s a very, very dangerous topic from an ethical standpoint,” a spokesman for the Oklahoma organ registry commented. “It just frames the whole thing wrong. This turns it into sort of a redemption kind of topic. That’s not what donations are about.”