While the key players in surrogacy – surrogates – generally receive little attention or scientific study, new research suggests that the process is often deeply distressing for them. 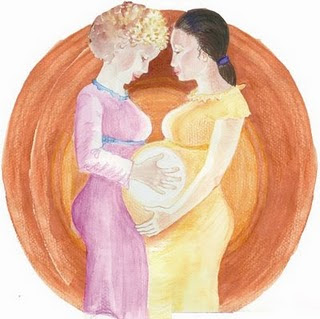 While the key players in surrogacy – surrogates – generally receive little attention or scientific study, new research suggests that the process is often deeply distressing for them. According to Canadian researchers, women often suffer separation anxiety and depression when they get pregnant for others, and often become angry when they have limited contact with the parents. In their report presented at this week’s Canadian Fertility & Andrology Society conference, the researchers say the findings should warn fertility staff who screen potential “gestational carriers”, women who carry an embryo fertilised using another person’s egg.

“In spite of pre-treatment counselling, we have noted significant emotional issues occurring among some of the carriers,” their report at last week’s conference points out. “Some have demonstrated significant separation anxiety and depression (when required to give up) the newborn infant to the intended parents and to remove themselves from any contact with the child.”

A lawyer who has handled 1,500 surrogacy motherhoods said the legality of these arrangements has never been verified in court, while a British researcher asserted that children born of surrogate mothers fare better than those born naturally. ~ National Post, Sep 23