Ellinor Grimmark has had to move to Norway to find work 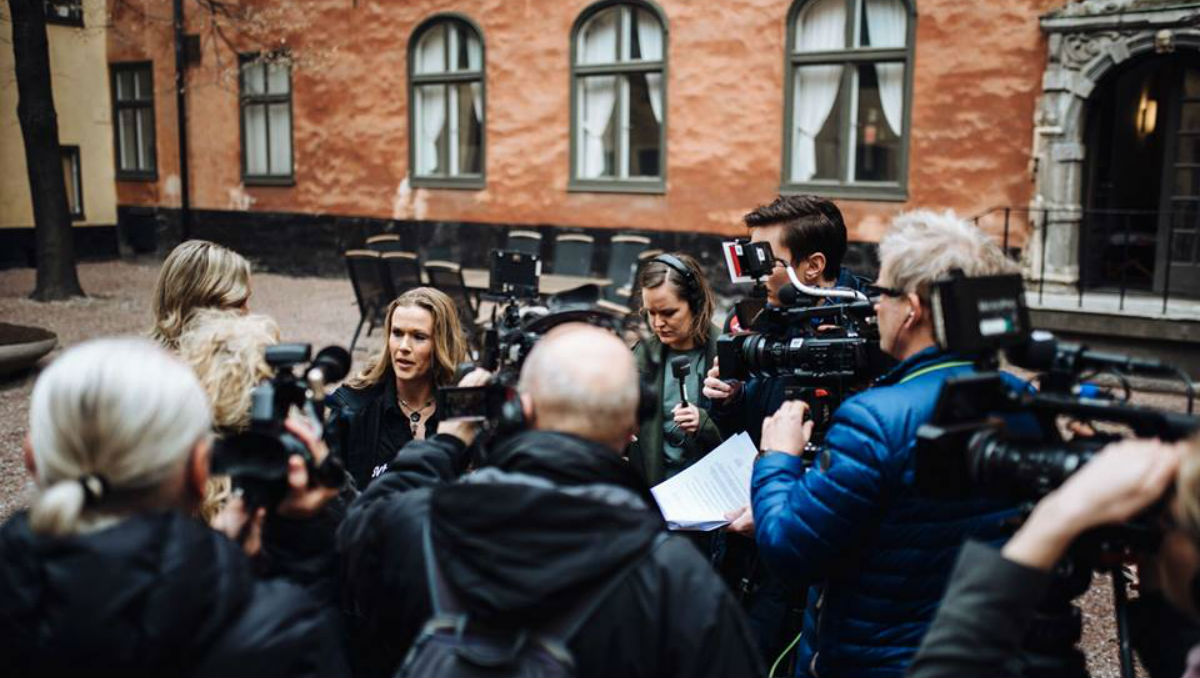 Ellinor Grimmark speaking to the press

Swedish midwife Ellinor Grimmark has decided to appeal to the European Court of Human Rights over Sweden’s hard line on conscientious objection.

The Swedish Appeals Court decided earlier this month that the government can force medical professionals to perform and cooperate in abortions, or else be forced out of their profession. Because the ruling in Grimmark v. Landstinget i Jönköpings Län appears to contradict international law protecting conscientious objection, Grimmark wants to appeal to Strasbourg.

Three different medical clinics denied her employment because she will not assist with abortions. In Sweden, midwives are essentially nurses who specialize in pregnancy and child birth and seldom do abortions. It would have been relatively easy to find a way to accommodate Grimmark’s preferences.

However, the clinics’ intransigence has meant that Grimmark and her family have had to move to neighbouring Norway. “In the beginning, I was hoping to stay in Sweden,” she told Fox News. “But we have now made Norway home. I have a job here where they are not concerned with my beliefs.”

In November 2015, a district court found that her right to freedom of conscience had not been violated by refusing to employ her. That court even required her to pay the local government’s legal costs of 100,000 Euros (US$106,000).

“Participation in abortions should not be a requirement for employment as a medical professional. In accordance with international law, the court should have protected Ellinor’s fundamental right to freedom of conscience,” said Robert Clarke, of the Alliance Defending Freedom (ADF International), an American group which is helping with Grimmark’s case.

“The desire to protect life is what leads many midwives and nurses to enter the medical profession in the first place,” Clarke said. “Instead of forcing desperately needed midwives out of their profession, governments should safeguard the moral convictions of medical staff. The Parliamentary Assembly of the Council of Europe has affirmed that ‘no person, hospital or institution shall be coerced, held liable, or discriminated against in any manner because of a refusal to perform, accommodate, assist, or submit to an abortion.’ As a member state, Sweden must be held to its obligation to respect this freedom.”

The shut-up-or-leave approach to conscientious objection in healthcare issues is widely accepted in Sweden. In a recent article in the Journal of Medical Ethics, bioethicist Christian Munthe, of the University of Gothenburg, explains that “No legal right to conscientious refusal for any profession or class of professional tasks exists in Sweden, regardless of the religious or moral background of the objection”. Swedes feel a strong commitment to civic duties and non-discrimination.

However, the “Swedish solution” may be eroding, for two reasons, neither of them related to Grimmark’s complaint.

The first is political. The general council of the Swedish Medical Association recently agreed to work toward a legal right to conscientious refusal to refer patients to clinics offering alternative medicine. The doctors feel that these upstarts should not be included in the healthcare system.

The second is the very real possibility that Sweden may someday legalise euthanasia or assisted suicide. The medical profession opposes this unless the law includes a provision for conscientious objection. So paradoxically, as Munthe points out, at the moment the Swedish solution to conscientious objection both supports abortion and blocks euthanasia.

Michael Cook is editor of MercatorNet.