In another tragic reminder that doctors are being targeted in the Syrian civil war simply for being doctors, a British doctor in Syria has died in prison. 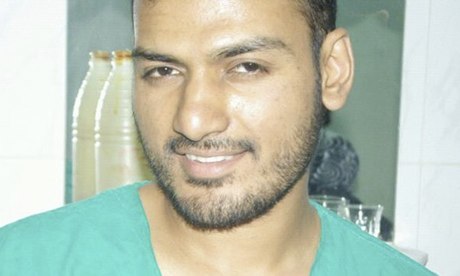 In another tragic reminder that doctors are being targeted in the Syrian civil war simply for being doctors, a British doctor in Syria has died in prison.

Abbas Khan, 32, from London, was detained by government forces after travelling to Aleppo to work in a field hospital in November last year. Only two days after he arrived, he disappeared into the government prison system. After months of inquiry, his mother found him – he was demoralised and his weight had fallen to 32 kilos. He told her that he had been tortured. Although he knew that he would have been released before Christmas, the Syrian government announced that he had committed suicide.

Dr Annie Sparrow, of the Icahn School of Medicine at Mt Sinai, in New York, says that humanitarian work has been criminalised in Syria. In The Conversation, she relates an anecdote about a government doctor treating a wounded opposition fighter. He was told that this was a terrorist act. “How am I a terrorist? I am a doctor. This is my job,” he said. The officer replied: “We are shooting at them to kill them, don’t you understand?… if you treat them, you are the enemy.” She says that of 160 doctors who have died in the conflict, more than 90 were killed for doing their jobs.