With the political and ethical logjam broken, opportunities open up. 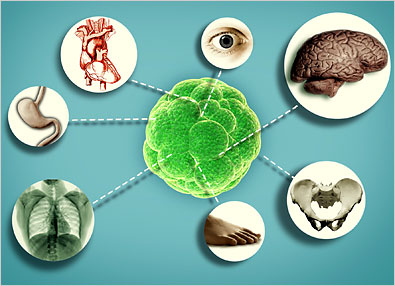 Stem cell scientists
have hit a gusher, says the New York Times, with proof by two
groups in Japan and the US that skin cells can be reprogrammed to
function like embryonic stem cells. And now that the ethical and
political logjam has broken up, money should start flowing in. But
finding an ethical, abundant raw material is not enough. Scientists
also have to find how to turn these new cells into useful material
for therapies and disease research.

Initially these
cells, called induced pluripotent stem cells (IPS cells) will be used
to study “diseases in a dish” and then develop drugs not just to
treat them but to prevent them in patients. “This is a whole new
way of thinking about how we might investigate human disease,” says
Kenneth S. Zaret, of the Fox Chase Cancer Center in Philadelphia. But
this will still take years. Scientists already have many tools, such
as imaging systems, knockout mice and genome studies and progress has
been slow.

Patient-specific
therapies are even trickier, as they will be time-consuming and
expensive. As currently envisaged, every patient will need to have
their cells genetically modified, multiplied, and differentiated.
Growing organs will require a three-dimensional structure, as well.
Quality control will be rigorous, long and costly.

One issue that
worries scientists is whether the teams which created these new cells
will file patents on the process which could stifle research. The
American group, at the University of Wisconsin, has already requested
patents. A technology transfer company associated with the same
university has a patent on the process for creating human embryonic
stem cells which many feel is very onerous. ~ New
York Times, Nov 27; Center for Genetics and Society, Nov 20; The
Niche