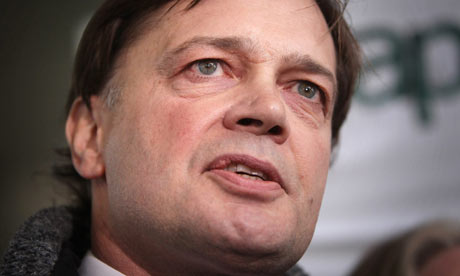 Two and a half years
of controversy and recrimination peaked at the end of January when Andrew
Wakefield, the doctor who claimed to have discovered a link between measles
virus, bowel diseases and autism and thereby sparked widespread fear of the
combined MMR jab, was severely censured by Britain’s General Medical Council.
It said that he was “dishonest, irresponsible and
showed callous disregard for the distress and pain of children”.

The sad story began in 1998 when Dr
Wakefield published a paper in The Lancet claiming that it was unsafe for
children to receive a combined measles-mumps-rubella vaccination. The paper was
based only on data gathered from 8 children, but there was enough evidence to
suggest, he told a press conference, that single doses should be given a year
apart. Many parents panicked and immunization rates dropped significantly.
Subsequently there were outbreaks of measles in the UK amongst children whose
parents refused to give them the vaccine.

The GMC found that
Wakefield had flouted ethical rules in the trial. He subjected children to
invasive tests such as lumbar punctures and colonoscopies that they did not
need and for which he had no ethical approval. He also concealed from The
Lancet his financial interest in the outcome of the trial

Dr Shona Hilton, of
the Medical Research Council, told the Guardian that the scare had undermined
parents’ trust in MMR vaccination. “Thankfully confidence is returning and
the uptake of MMR vaccine is increasing,” she said. “We need to
continue rebuilding trust with parents that MMR vaccination is safe and ensure
that those parents caring for children with autism do not blame themselves.”

In April the GMC will
decide whether Wakefield and his two colleagues have been guilty of serious
professional misconduct, which could result in their deregistration. Dr
Wakefield told the media that “The allegations against me and against my
colleagues are both unfounded and unjust .” Thousands, mainly parents of
autistic children, still support him enthusiastically.

The Lancet withdrew
the controversial article a few days after the GMC hearing, although it had
published a partial retraction in 2004, signed by 10 of the 13 original
authors, including the 2 doctors censured by the GMC along with Dr Wakefield. At
the time The Lancet continued to insist that publication had not been a mistake
because the journal existed to “raise new ideas”. ~ Guardian,
Jan 28; London
Times, Feb 3