What are the ethical issues? 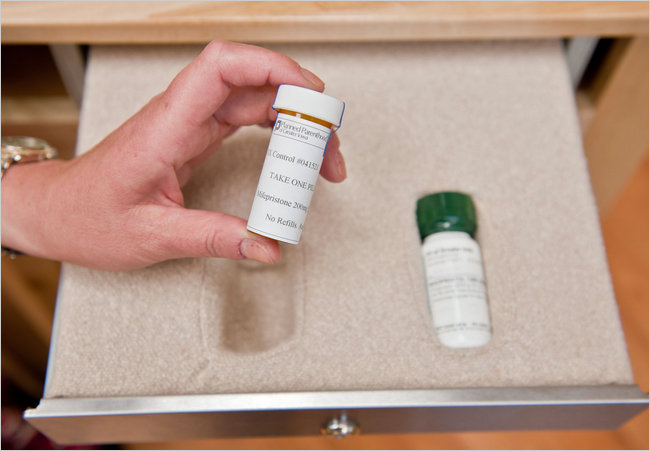 An innovative abortion program in Iowa
presents a novel ethical dilemma for doctors. Because Iowa is a largely rural
state with few doctors who are willing to do abortions, a qualified doctor in
Des Moines working for Planned Parenthood of the Heartland (ie, both Iowa and
Nebraska) is dispensing a chemical abortion after a quick video conference with
patients.

As the New York Times describes it, “with a
click of his mouse, a modified cash register drawer pops open in front of the
woman seated next to a nurse in a clinic — perhaps 100 miles from this city —
with mifepristone, the medicine formerly known as RU-486, that is meant to end
her pregnancy”. Although the initiative has attracted little attention, Planned
Parenthood has used telemedicine at 16 clinics in Iowa where to dispense
abortion drugs since June 2008. About 1,500 of these chemical abortions have
taken place in the state since then, although not all of them may have been in
these clinics. Planned Parenthood says that there have been no complications.

Abortion providers across the country are
watching the scheme with great interest. Pro-life campaigners have vowed to
shut it down. “One way or another, we’re going to shut this scheme down,” Troy
Newman of Operation Rescue told the Times. “Health care just isn’t a
one-size-fits-all package of pills. And yet there it is — prearranged,
prepackaged, out pops that package of pills — pop!”

Telemedicine is such a recent phenomenon
that little has been written about its ethical implications.

However the World Medical
Association did endorse some ethical guidelines in its 2007 general
assembly which stressed that “telemedicine should be employed only in cases in
which a prior in-person relationship exists between the patient and the
physician involved in arranging or providing the telemedicine service.”

And a task force for the New York State
Health Department declared “the physician or physician assistant
must meet the same expectation of quality as in the traditional medical care
process… [he] has a duty to be available for care when it is needed or to see
that there is a reliable provision for care and advice. The fact that the
advice or treatment occurred via electronic media does not change the requirement for follow-up care.”~ New York Times, June 8