Should wounded terrorists be treated according to the conventions of medical triage? 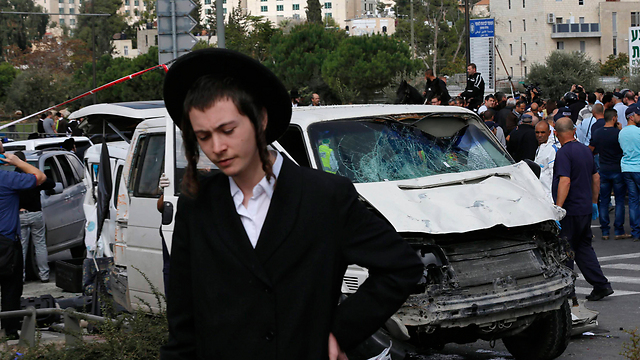 Imagine that you are a doctor responding to an emergency in Israel. A terrorist has attacked people in a shopping mall with a knife, stabbing some old women and children. A policeman has shot and seriously wounded the terrorist. Whom should you treat first?

This is a classical triage situation in which the worst are to be treated first. The conventional view is that doctors must be “colour-blind” in treating victims. If the terrorist is the worst injured, he should be treated first.

In an article in the Journal of Medical Ethics, two Israeli doctors question this. Value-neutrality can lead to injustice, they contend, even if “ the virtuous euphoria that accompanies the subjective neutrality-maintenance effort” seems ethically pure.

In any case, “value-neutrality” is a myth, they claim. Deciding which organ to treat is a neutral decision; deciding which person to treat always involves the invocation of values. In fact, a strict “no exceptions” rule could easily be “a manifestation of conservative stagnation, induced by fear of change, or even masked political-correctness.”

In their analysis they argue that on three counts, victims deserve to be treated first:

• “Terrorists do not deserve the right of higher priority in the terror-triage dilemma (retributive justice).

• “The higher societal merit of the victims makes them eligible for higher priority (distributive justice).

• “The terrorist, who intentionally caused the victims’ injury, should be of lower priority than the victims (corrective justice).

In a commentary on this controversial view, Michael Ardagh, of Christchurch Hospital, in New Zealand, disagreed with the Israelis’ analysis. His point is simple: there is too much uncertainty in an emergency:

to make a judgement about relative worthiness for care is a moral stab in a dark uncertainty. In the shadows of that darkness are rumours about what happened and who did what, opinions about why and what for, and impressions in the patients’ dress, appearance and speech which might be consistent with a certain stereotype. Even if the moral arguments for triaging terrorists lower than victims were to be accepted, the potential for getting it wrong is enormous.