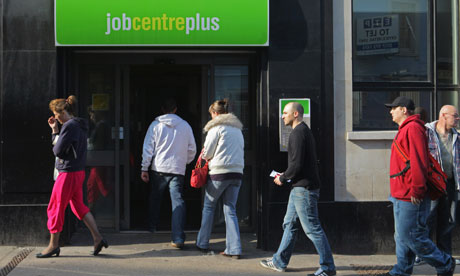 The restless rent-a-crowd of British university protesters has a new enemy: Adam Perkins, a lecturer in the neuroscience of personality at King’s College London, who is accused of being a eugenicist.

Dr Perkins published a book called The Welfare Trait in December which almost settled quietly into the obscurity of dusty academic controversy. However, someone discovered what a radical threat it posed to the welfare state and marshalled the troops. In February he had to cancel a talk at the London School of Economics because of threats to disrupt it. He has been reviled on a minor Twitter storm with tweets like “He’s a bitter little man with a huge chip on his shoulder, here’s hoping he continues to stay out of future gene pools.”

His offence? Espousing Malthusian ideas as a solution to the ailments of the welfare state in the UK.

Perkins’s central argument is that “the welfare state increases the number of children at risk of developing personality profiles that make them less likely to get a job … Individuals with aggressive, rule-breaking and antisocial personality characteristics are over-represented among welfare claimants.”

After crunching the numbers he claims that women on welfare have more children, leading to ever-increasing generations of people with “employment-resistant personalities”.

However, Perkins is an economist and he notes that people on welfare still act rationally. If welfare decreases, they respond with lower fertility. Studies have shown that “ claimants used less contraception when there were increases in the amount of benefits available and the number of children born to welfare claimants rose by 1% for every 3% rise in benefit generosity.”

Critics, especially disability groups, have accused Perkins of being a eugenicist who wants to “breed out” welfare claimants. He denies this, saying that offering economic incentives to decrease the number of welfare-dependent children is not the same as manipulating genetics. He summarises his policy as follows:

“ … instead of getting bogged down in arguments over whether the benefit cap should be £26,000 or £25,500 per year it is better to set the cap at whatever level causes the number of children born to welfare claimants to start falling. Once a downward trend has begun, then the benefit cap can be tweaked to continue that trend down to whatever level of reproduction is judged by the government to be appropriate for disadvantaged households. In this way, year by year, the number of children who suffer personality damage due to being born into disadvantaged households will gradually be reduced.”

Perkins finds some support for his views in biologist Richard Dawkins who wrote in The Selfish Gene that contraception was a necessary element of the welfare state: “otherwise the end result will be misery even greater than that which obtains in nature”.