In the four years since an experiment by disgraced scientist He Jiankui resulted in the birth of the first babies with edited genes, numerous articles, books and international commissions have reflected on whether and how heritable genome editing – that is, modifying genes that will be passed on to the next generation – should proceed. They’ve reinforced an international consensus that it’s premature to proceed with heritable genome editing. Yet, concern remains that some individuals might buck that consensus and recklessly forge ahead – just as He Jiankui did.

Some observers – myself included – have characterized He as a rogue. However, the new documentary “Make People Better,” directed by filmmaker Cody Sheehy, leans toward a different narrative. In its telling, He was a misguided centerpiece of a broader ecosystem that subtly and implicitly supported rapid advancement in gene editing and reproductive technologies. That same system threw He under the bus – and into prison – when it became evident that the global community strongly rejected his experiments.

Creation of the ‘CRISPR babies’

“Make People Better” outlines an already well-documented saga, tracing the path of He from a promising young scientist at Rice and Stanford to a driven researcher establishing a laboratory in China that secretly worked to make heritable genome editing a reality.

He’s experiment involved using the CRISPR-Cas9 technique. Sometimes compared to “molecular scissors,” this precision tool allows scientists to make very specific edits to DNA in living cells. He used CRISPR to alter the CCR5 gene in human embryos with the goal of conferring immunity to HIV. These embryos were brought to term, resulting in the birth of at least three children with altered DNA.

The revelation of the births of the first gene-edited babies in November 2018 resulted in an international uproar. A laundry list of ethical failings in He’s experiment quickly became evident. There was insufficient proof that editing embryos with CRISPR was safe enough to be done in humans. Appropriate regulatory approval had not been obtained. The parents’ consent was grossly inadequate. And the whole endeavor was shrouded in secrecy. https://www.youtube.com/embed/4-u0fXnX4No?wmode=transparent&start=0 Trailer for the documentary ‘Make People Better.’

Three figures play a central role in “Make People Better”‘s study of He Jiankui. There’s Antonio Regalado, the reporter from MIT Technology Review who broke the original story. There’s Ben Hurlbut, an ethicist and confidante of He. And there’s Ryan (the documentary withholds his full identity), a public relations representative who worked with He to make gene editing palatable to the world. He Jiankui himself was not interviewed, though his voice permeates the documentary in previously unreleased recordings by Hurlbut.

Regalado and Hurlbut have already written a considerable amount on this saga, so the documentary’s most novel contribution comes from Ryan’s discussion of his public relations work with He. Ryan appears to be a true believer in He’s vision to literally “make people better” by using gene editing to prevent dreadful diseases.

But Ryan is aware that public backlash could torpedo this promising work. His reference point is the initial public hostility to GMO foods, and Ryan strove to avoid that outcome by gradually easing the public in to the heritable gene editing experiment.

This strategy turned out to be badly mistaken for a variety of reasons. He Jiankui was himself eager to publicize his work. Meanwhile, Regalado’s tenacious journalism led him to a clinical trials registry where He had quietly posted about the study.

But ultimately, those factors just affected the timing of revelation. Both Ryan and He failed to appreciate that they had very little ability to influence how the experiment would be received, nor how much condemnation would result.

While some documentaries strive to be flies on the wall, objectivity is elusive. Tone, framing, editing and choice of interview subjects all coalesce into a narrative with a perspective on the subject matter. A point of view is not itself objectionable, but it opens the documentary to critiques of its implicit stance.

An uncomfortable tension lies at the center of “Make People Better.”

On the one hand, the documentary gives substantial attention to Hurlbut and Ryan, who emphasize that He did not act alone. He discussed his plans with dozens of people in China and around the world, whose implicit support was essential to both the experiment and his confidence that he was doing nothing wrong.

On the other hand, the documentary focuses on understanding He’s background, motives and ultimate fate. Other figures who might have influenced He to take a different path fade into the background – sometimes quite literally, appearing for only seconds before the documentary moves on.

Indeed, as a biomedical ethicist, I believe there is good reason to put responsibility for the debacle squarely on He’s shoulders. Before the news broke in 2018, international panels of experts had already issued advisory statements that heritable gene editing was premature. Individuals like Hurlbut personally advised He as much. The secrecy of the experiment itself is a testament: He must have suspected the international community would reject the experiment if they knew what was going on.

If He had gone through proper, transparent channels – preregistering the trial and consulting publicly with international experts on his plans before he began – the whole saga could have been averted. He chose a different, more dangerous and secretive path from the vast majority of researchers working in reproductive biotechnology, which I suggest must be acknowledged.

The documentary does not reflect critically on its own title. The origin of the phrase “make people better” is surprising and the film’s most clever narrative moment, so I won’t spoil it. But does heritable gene editing really make people better? Perhaps instead, it makes better people.

The gene-edited babies were created via in vitro fertilization specifically as a part of He’s experiment. They would not have existed if He had never gotten involved in gene editing. So, some would argue, He did not save any individual from contracting HIV. Rather, he created new people potentially less likely to contract HIV than the general population.

I contend that this doesn’t mean gene editing is pointless. From a population health perspective, gene editing could save lives by reducing the incidence of certain diseases. But this perspective does change the moral tenor of gene editing, perhaps reducing its urgency.

What’s more, editing CCR5 is a dubious means to improve human well-being, since there are already effective ways to prevent HIV infection that are far less risky and uncertain than heritable gene editing. Scientific consensus suggests that the best first-in-human candidates for heritable gene editing are instead devastating genetic disorders that cannot be ameliorated in other ways.

The future for He Jiankui

Perhaps due to the timing of its filming, the documentary does not dwell on He being sentenced to three years in Chinese prison as a result of the experiment, nor mention that he was released early in 2022.

Evidently, He is not content to fade quietly into obscurity. He says he is slated in March 2023 to give a talk at the University of Oxford that may shed more light on his motives and actions. In the meantime, he has established a new biotech start-up focused on developing gene therapies. To be clear, this work does not involve editing embryos.

Still, it appears prison has not diminished He’s ambition. He claims that he could develop a cure for the degenerative genetic disease Duchenne muscular dystrophy – if he receives funding in excess of US$100 million.

To me, this ambition reflects a curious symmetry between Regalado and He in “Make People Better.” Both are driven to be first, to be at the forefront of their respective fields. Sometimes, as with Regalado, this initiative can be good – his intrepid reporting and instinct to publish quickly brought He’s unethical experiment to a rapid close. But in other cases, like He’s, that drive can lead to dangerous science that runs roughshod over ethics and good governance.

Perhaps, then, the best lesson a viewer can take from “Make People Better” is that ambition is a double-edged sword. In the years to come, it will be up to the international community to keep such ambition in check and ensure proper restrictions and oversight on heritable genome editing.

This article is republished from The Conversation under a Creative Commons license. Read the original article. 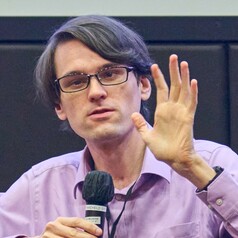 The US Food and Drug Administration (FDA) has decided to appeal a surprising decision after it lost a case it...

In a recent lawsuit brought by the Food and Drug Administration (FDA), a California judge entered a judgment in favour...

He Jiankui, the Chinese biophysics researcher who became the first to genetically edit human embryos, has been released from jail...

Scientists affiliated with several institutions in China and one in the US have successfully created a fertile mouse derived from...