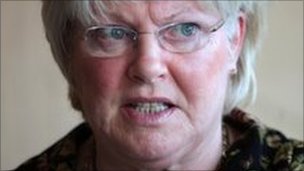 Scotland’s Parliament has overwhelmingly
defeated a bill which would have legalised assisted suicide for the
terminally
ill. The final result was 85 votes to 16 with two abstentions.

MSPs were allowed to vote according to
their conscientious convictions, not on party lines. However, Scottish
Health Secretary Nicola Sturgeon said that
the government did not support the bill. Furthermore, she added,  “I
personally find myself
particularly concerned and fundamentally concerned about the difficulty I
think
would always and inevitably be present in determining that someone
choosing to
end their life had not been subjected to undue influence.”

A parliamentary
committee which
reported on the issue in November failed to support it.

The
Independent parliamentarian who sponsored the bill, Margo MacDonald, who
has
Parkinson’s disease, blamed the lobby group Care Not Killing for the
defeat. Waving
a piece of paper in the debate, she said: “I’ll cut to the chase and
condemn as unworthy and cheap, the contribution made by the publishers
and
authors of this catalogue of linguistic contortions, headed ‘Care not
Killing’.
This postcard was distributed through churches and caused alarm among
frail,
elderly and disabled people.”

Care Not
Killing is a
UK-based alliance of disability and human rights organisations,
healthcare and
palliative care groups, and faith-based organisations which promotes
palliative
care and opposes assisted suicide and euthanasia. ~ BBC, Dec 1