Guantanamo Bay is not the only place where American health workers’ ethics clash with the need for security. 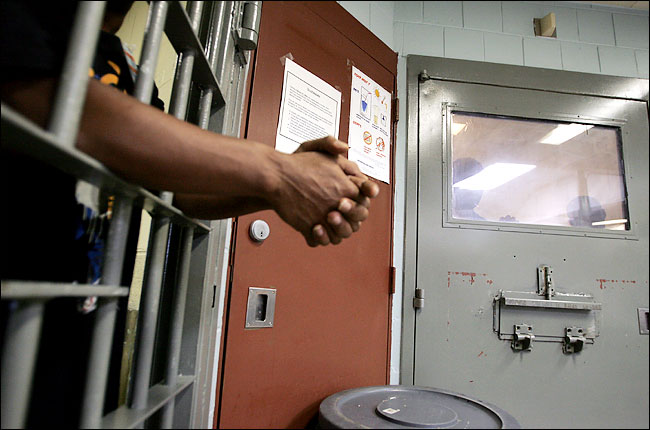 Guantanamo Bay is not the only place where American health workers’ ethics clash with the need for security. This is also the case in American jails, according to a two-year study of New York’s Rikers Island jail complex published in Harvard’s Health and Human Rights Journal.

The authors, who are all involved in New York’s correctional services health system, express concerns “about the extent to which the mental health service is involved in assessments that are part of the punishment process of the security apparatus.” In particular, they question whether health workers should be involved in assessing inmates for solitary confinement.

“The most prominent example of dual loyalty is the ‘clearance’ of patients for punishment in solitary confinement. Security staff members assess whether an inmate has broken the rules of the jail or prison and then presents the inmate to health staff for confirmation that the inmate is physically and mentally sound enough to be placed in solitary confinement, generally described as 23 hours per day in a small cell, with an hour per day of recreation and some nominal services such as showers and occasional phone calls. …

“Whatever the security reasoning for placement in such units, the participation of health staff in this process is cumbersome, time intensive, of questionable value, and does not reflect a patient-health provider interaction that is in the patient’s best interest. In fact, many institutions employ health and mental health services expressly to maintain the practice of solitary confinement.”

The problem is complex. The study found more than one-third of mental health workers believe that their ethics are regularly compromised. However, correctional services officers often believe that inmates exploit the sympathy of health workers to avoid punishment. “Don’t tell us that this inmate who came in fine yesterday and didn’t have no problems, all of the sudden now that it’s time to go to the bing [solitary], he’s got psychological problems,” Norman Seabrook, president of the Correction Officers’ Benevolent Association, told Associated Press.