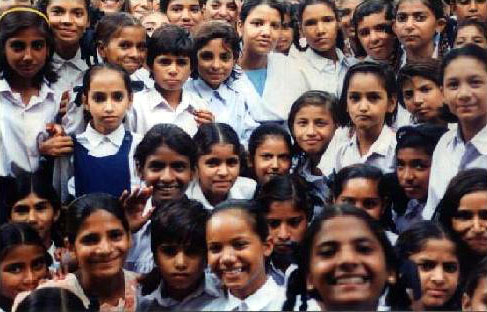 Last year officials in New Delhi were
jubilant about an increase in the number of girls born there. They had
introduced the “Laadli scheme” in 2007 which offered a modest payment for girl
babies so that parents would not abort or kill them. As they had hoped, the
ratio soared from 848 girls to 1000 boys to 1,004 to 1000. (The “natural ratio”
is about 950 to 1,000).

“The community has responded to our request
that girls should be born,” said an official of the Indian Medical Association
with some satisfaction. Under the Laadli scheme, the government deposits 10,000
rupees (US$220) when girls are born, plus additional payments as she passes
through school. The money is supposed to be used for education, wedding expenses
and so on.

However figures for 2009 show that the
figure has dropped once again, to 915.

It appears that the subsidy may have had a
perverse effect upon the statistics. About 25% of children in India are not
born in hospitals and are therefore not officially registered. So some parents
registered their girls to get the subsidy. Other parents living outside New
Delhi may have moved there to get the subsidy. These may have skewed the
figures to make it appear that more girls were being born. ~ Times
of India, Sept 15