Lagging far behind the world leader 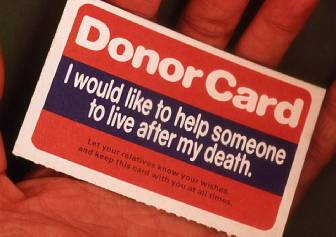 India is trying to increase the number of
local organ donors. Spain, the world leader, has 35.1 organ donors per million,
Britain 27, USA 26, Canada 14, and Australia 11. But India has only 0.08 donors
per million.

“It is paradoxical that a country like
ours with a billion plus population should have shortage of organs for
transplantation,” says health minister Ghulam Nabi Azad.

This ambitious program has to contend with
deep cultural prejudices. Dr S.K. Agarwal, a leading kidney specialist, told
the Times of India: “The concept of organ donation has not taken firm root
in India due to poor awareness and multiplicity of myths. For instance,
believers in reincarnation fear being born without donated organs in their next
life. There is a greater need for increasing awareness.” ~ Times
of India, Nov 27