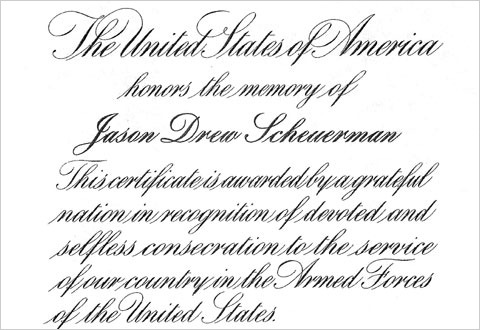 A surprising debate in the US may shed some
light on opposition to assisted suicide and euthanasia. Parents of soldiers who
have committed suicide on active duty are complaining that their children are
not receiving the same recognition for services to their country, although benefits
and decorations are basically the same. But they feel wounded by the fact that
since the Clinton Administration, the US President does not send condolence
letters to families of those who committed suicide.

According to the New York Times, there were
more than 300 suicides in 2009, the most since records began in 1980. Most
occur in the US, but at least 184 troops have killed themselves in Iraq or
Afghanistan since 2001. The Army is taking the troops’ mental health seriously
and has set up suicide prevention and emotional resilience programs. But no
letters of condolence are arriving from the President.

“The roots of that policy, which has been
passed from administration to administration via White House protocol officers,
are murky and probably based in the view that suicide is not an honorable way
to die,” the Times reports. The White House says that the policy is being
reviewed. ~ New
York Times, Feb 1