Health minister Richard Sezibera has unveiled a plan for 700,000 men to have voluntary vasectomies over three years to curb Rwanda’s population growth. 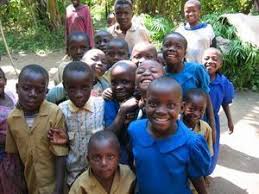 Mass sterilisation campaigns are back! After
India’s compulsory family planning program in the mid-1970s helped to lead to
the downfall of Indira Gandhi, government plans for thousands of vasectomies have
not seemed like a great idea. However, Rwanda has revived the notion. Health
minister Richard Sezibera has unveiled a plan for 700,000 men to have voluntary
vasectomies over three years to curb the tiny country’s population growth. It appears
that this represents half of all married men in Rwanda and the opposition has
suggested that there might be coercion. Nonsense, says Agnes Binagwaho, of the
health ministry: “It would be both unethical and a violation of human
rights to allocate targets to family planning options of this nature.”

Rwanda plans to use non-scalpel vasectomy,
which is being touted as the latest birth control method for men – safe, quick
and reliable. The government says that reducing Rwanda’s birth rate is
essential to bring the country out of poverty. “Eighty percent of our
population lives off the land,” says Fidel Ngabo, of the health ministry.
“In the past, the more children a farmer had, the more wealth he had. But
that has radically changed. Now more children mean more education and
healthcare costs for the agricultural worker as well as less land for each
child to inherit.”

Opposition parties are weak in Rwanda.
However, Sylvain
Sibomana, of the FDU-Inkingi, denounced the plan:

“This mass emasculation policy should stop
with no further debates. The idea that those who can’t afford to pay for their
family needs must enrol in a draconian birth control system is nothing but pure
discrimination against the poor. Birth control is an individual decision. In
many countries economic development plays a major function in population
reduction. We first need competitive economic policies and sound
resource-management practices instead of mass vasectomy.” ~ Radio
Netherlands, Mar 7