The spawn of envy 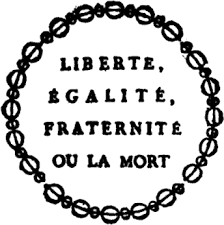 One of the more interesting figures in
contemporary bioethics is Oxford’s Julian Savulescu. An Australian who is a
former student of Peter Singer, he boldly rides utilitarian theories wherever
they wander, regardless of unsettling this might seem to his readers. As a fan
of eugenics and human enhancement, he is a weathervane for bioethics which is
sceptical of human dignity. So it was interesting to read on his blog that he has
rejected one of the cornerstones of Enlightenment humanism, equality:

“Equality is an ideal born of the vice, or
one of the seven deadly sins, of envy. It has no intrinsic value but panders to
our vicious nature to be envious of others…

“Equality has no intrinsic value. Our
commitment should be to the lives of individual people not to human ideals like
equality.

“Equality is a dominant moral ideal in
contemporary society. Egalitarianism is the stated principle for the [National
Health Service}: equal treatment for equal need. Equality might be a good rule
of thumb but it should not be a final regulative ideal. “ ~ Julian
Savulescu’s blog, June 17