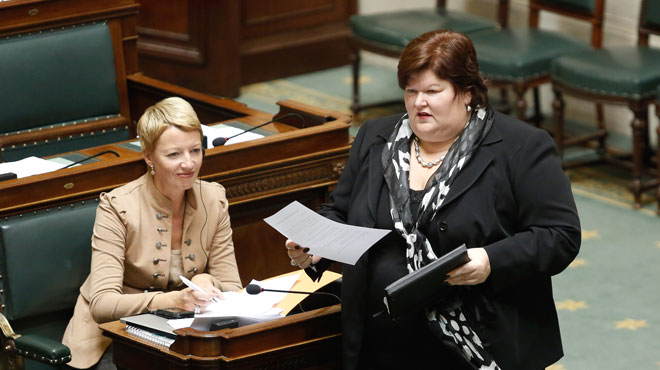 Despite – or perhaps because of – scathing criticism of their 2002 law by foreigners, Belgians approach legalised euthanasia with a certain nonchalance. “We’re in charge. We know what we’re doing. Life’s good. So get … um … lost!” seems to sum up the official approach.

However, a question posed by a member of Parliament, Dr Catherine Fonck, early last month, must have rattled that complacency.

Dr Fonck, a renal physician who was a minister in the government of Elio di Rupo, queried Health Minister Maggie De Block about why the full text of the country’s euthanasia law has never been published.

It turns out that the original text was amended in 2005 with the intention of controlling the lethal drugs used in euthanasia cases better. Both chambers of Parliament agreed that extensive information about the drugs and the pharmacist should be included in the official report submitted by the physician. The amendment received royal assent. It was therefore the law of Kingdom of Belgium.

“I find this completely surreal,” Fonck told the Minister. “Could you enlighten me on why this surreal situation, namely that legislation passed in both chambers, in committee and in a Plenary session of the House and Senate was – twice – not included in the Moniteur Belge [the official gazette]?”

The terseness of the Minister’s reply suggests that she did not welcome the liberation of this fragment of law from the dungeons of oblivion. Understandable, perhaps, for it is not as though euthanasia is something important, like terrorism legislation, where a mistake means that innocent people die unnecessarily.

But she patiently ate her full meal of humble pie. “Ten years later, no one can explain what happened,” she told Dr Fonck. She agreed to correct the gazette.

Thanks to the bulletin of the European Institute of Bioethics.