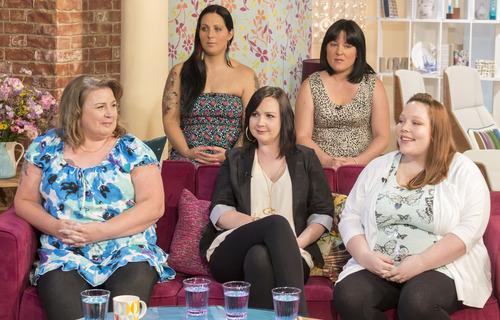 Surrogate mums and a mum discuss the experience

A gay couple in Britain made history recently when all three of their surrogate mothers presented them with babies within seven months of each other. Daryl Lee, 41, and Luke Harris, 50, had been in a civil partnership for years and had always dreamed of having a family. Mr Harris told The Sun:

“When we told our families we are having our first surrogate baby, they were so excited for us, as they know for the past 15 years we’ve dreamed of having a family of our own. When we told them we were having a second baby they were amazed. And then, when we announced we’re actually having three babies of our own they were stunned but overjoyed.”

They had considered adoption, but after learning that singer Elton John and his partner David Furnish had acquired a child with a surrogate mother in 2010, they opted for surrogacy. They found the first surrogate, Becky Ellis, on the internet and she recruited two other women.

“I absolutely love being pregnant,” said Becky, who was a surrogate for the third time. In fact, she told ITV earlier this year that she had wanted to be a surrogate since she was 11 years old. The practice seems to be culturally embedded. The show interviewed her and three other surrogate mothers, Bex Harris, Viktoria Ellis and Jemma King, along with Bex’s mother, who cares for them during their pregnancies. (See photo above.)