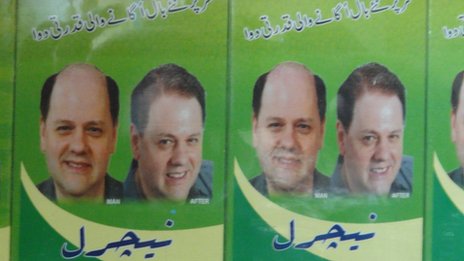 Afghanistan has some of the worst health statistics in the world. Nearly four out of five people have no access to professional health care. Life expectancy at birth is about 49; it has one of the highest maternal mortality rates and the highest infant mortality rate.

It also has a growing cosmetic surgery sector, at least in the capital, Kabul. According to a report from the Australian network ABC, nose jobs, facelifts and breast enhancements are amongst the most popular procedures.

“Ten years ago it was all about repairing scars,” says Dr Aminullah Hamkar. “When I sometimes ask the young people who come here why they want cosmetic operations, they simply say they want to look better and beautiful.”

In the wealthier parts of Kabul, clinics are spruiking their services with “before and after” shots of alopecic men.

Afghanistan’s growing middle class is inspired by foreign notions of female beauty imported from Bollywood, TV and trips abroad. Some wives are pressured by their husbands who have seen how women in other countries look. “Her husband travels to a liberal, more open city like Dubai, probably sees beautiful and in-shape women and upon his return home he dislikes his wife’s shape and even approves her visiting a plastic surgeon,” says Dr Hamkar. “Many people’s perceptions of life and sex change upon their return from a trip to a less conservative place.”

Prices in Kabul are so low that the BBC reports that customers are coming from abroad for cut-rate cosmetic surgery.