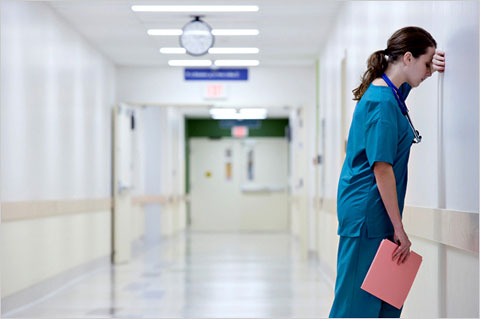 Errors and unavoidable
problems kill 15,000 aged US hospital patients each month, US
government investigators reported last
week.
Over 13% of patients covered by Medicare, the government health
insurance for the elderly, or about 134,000 per month, have an “adverse
event” each month. These include oversights such as surgical errors or
sometimes unavoidable problems like an infection spread in the hospital,
or patients’ blood sugar falling to abnormally low levels.

These new figures,
which total about 180,000 deaths each year, were presented in a report
by the Office of Inspector General at the Health and Human Services
Department. They support findings in a landmark Institute of Medicine
report from 2000 that found that up to 98,000 Americans died each year
because of medical mistakes. “An estimated 13.5% of hospitalized
Medicare beneficiaries experienced adverse events during their hospital
stays,” the OIG said in the
report.
It said 44% of the problems were avoidable. The OIG team examined a
nationally representative random sample of 780 Medicare beneficiaries
discharged from a hospital in Oct 2008.

President Barack Obama
has said his healthcare reform
legislation will help reduce mistakes with measures such
as more widespread use of electronic medical records. Consumers Union,
publisher of Consumer Reports magazine, said patients needed ways to
find out which hospitals make the most mistakes. “This report shows that
hospital patients are being harmed by medical errors at an alarming
rate. Unfortunately, most Americans have no way of knowing whether their
hospital is doing a good job preventing medical errors,” the group’s
Lisa McGiffert said. ~ Reuters, Nov 16