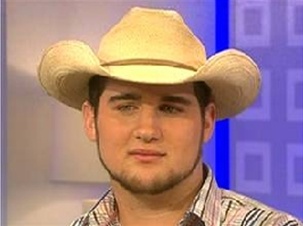 Organ donation is usually regarded as the ultimate in altruism. But over the last few months, the reputation of the American system for gathering organs has been tarnished. In the most dramatic story, an Oklahoma man recovered four hours after doctors had pronounced him "brain-dead" and were preparing to harvest his organs. Zach Dunlap, 21, sustained severe head injuries after a car accident last November. Since he was a registered organ donor, his parents gave permission for his organs to be used. No brain activity was evident on a PET scan. Fortunately, relatives noticed small signs of life just as his tubes were being removed. Despite a grim prognosis, he walked out of a rehabilitation unit. Four months later he was well enough to appear on the NBC Today show in New York — where he claimed that he heard the doctors pronouncing him dead.

A San Francisco transplant surgeon is also in the news, charged with illegally hastening the death of a prospective organ donor. Dr Hootan Roozrokh, 34, has been accused of using drugs to speed the death of Ruben Navarro, a 25-year-old man with severe mental and physical disabilities. The doctor’s surgical team was hoping to harvest his organs after cardiac death, but the man did not die as planned when his ventilator was removed. This is the first time that a transplant surgeon has been charged in the US and his colleagues are worried that the case could hurt the case for organ donation.

Still worse was the revelation that the list of 98,000 Americans awaiting organ transplants — a potent marketing tool for transplant doctors — has been inflated by as much as one-third. The Washington Post discovered that thousands of patients on the list are "inactive". That is, they could not be given an organ because they are too sick, or not sick enough, or for other reasons. A nurse who used to serve on the board of directors of the United Network for Organ Sharing (UNOS), Donna L. Luebke, told the Post that the list was "dishonest".

"Part of the argument for the push to get more people to be donors, and for expanding the types of procedures that we do to get organs, is there’s all these people waiting for organs and dying in the meantime," said Joan McGregor, a bioethicist at Arizona State University. "If the number is not accurate, that’s giving people the false impression that the situation is more serious than it is. It’s deceptive." The proportion of ineligible patients varies with the organ. Only 26% of heart-lung patients are inactive, compared to 69% of those waiting for a pancreas. One-third of kidney patients, the largest group, are inactive.

UNOS responded by noting that many patients are only inactive for short periods of time. In any case, says the president-elect of UNOS, Robert Higgins, "Whether it’s 75,000 or 100,000, there are still far more people who need transplants than can get them. None of this changes the fact that there is a significant number of people who die waiting."

However, the length of the list changes public perceptions. Because there are so many, some doctors want to expand the pool of potential donors beyond live donors and brain-dead donors to donors after cardiac death, or donors who were HIV-positive or who had cancer or other health problems. "The push for [donation after cardiac death] is based solely on the idea that we have a huge disparity of organs," said Gail Van Norman, an anesthesiologist and bioethicist at the University of Washington. "But if 30 percent of the names are the list are inactive, the data isn’t a true reflection." ~ Washington Post, Mar 22; Los Angeles Times, Mar 20